Our donkeys are George, the smaller and naughtier of the pair and Dunstan, who’s more laid-back. Both show true donkey characteristics as they’re stubborn and can kick up a fuss when they want to.

George and Dunstan are veterans of the Farm; Stepney City Farm inherited them from Stepping Stones Farm when we took over the site in 2010; they’ve lived here since the 1990’s. 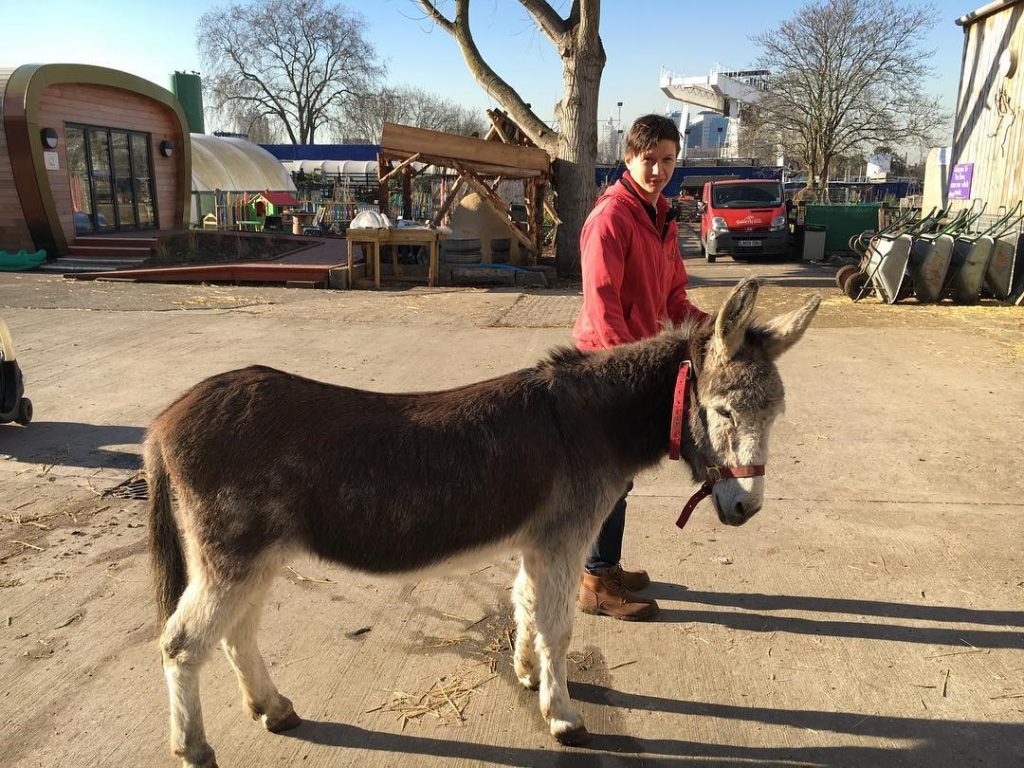 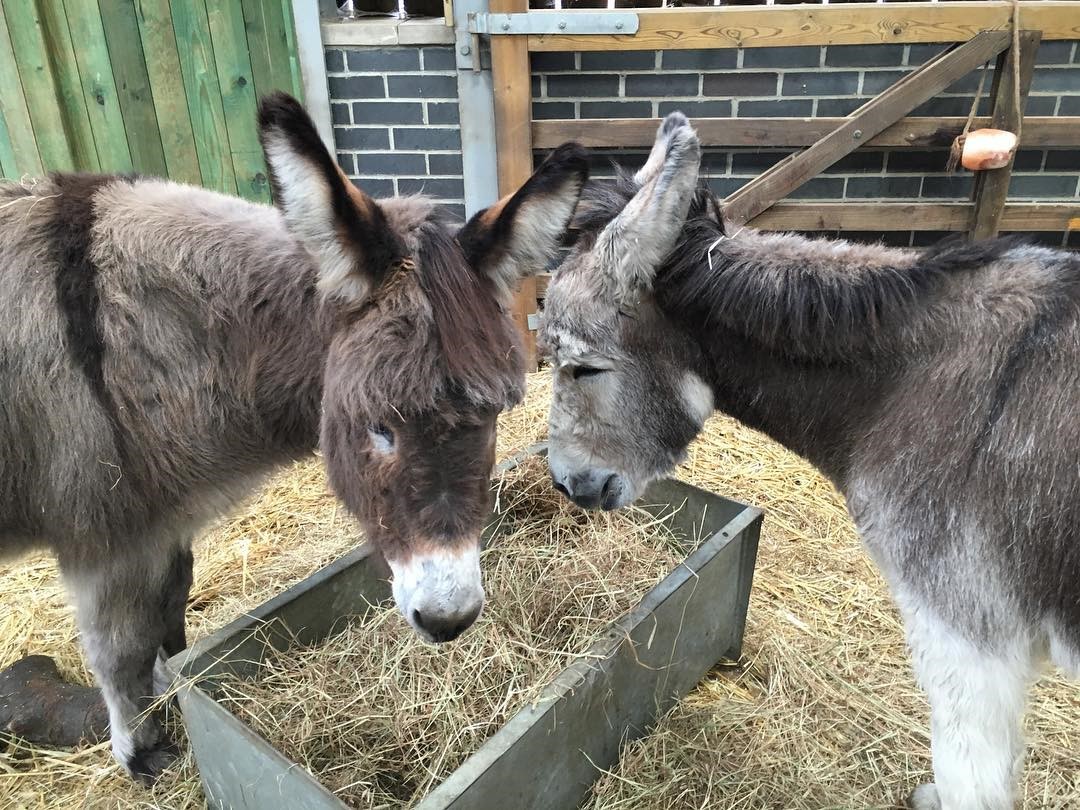 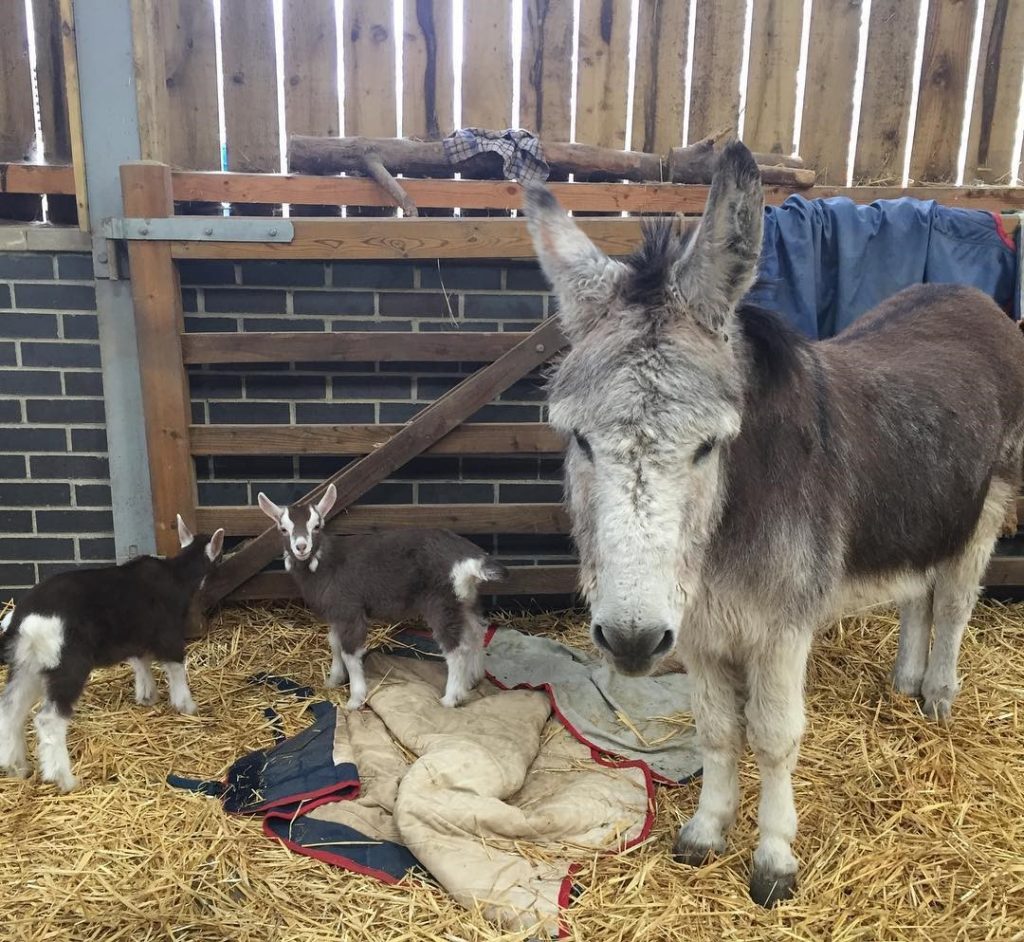 George hanging out with our goat kids

Donkeys originate from Africa, spreading to Asia and on into Europe. Their strength and lack of need to rest to ruminate gives them a strong edge as a breed of animal.

If you’re lucky, you’ll catch George and Dunstan running in the park to stay fit and keep their hooves trim.

You can support our donkeys by sponsoring their field.