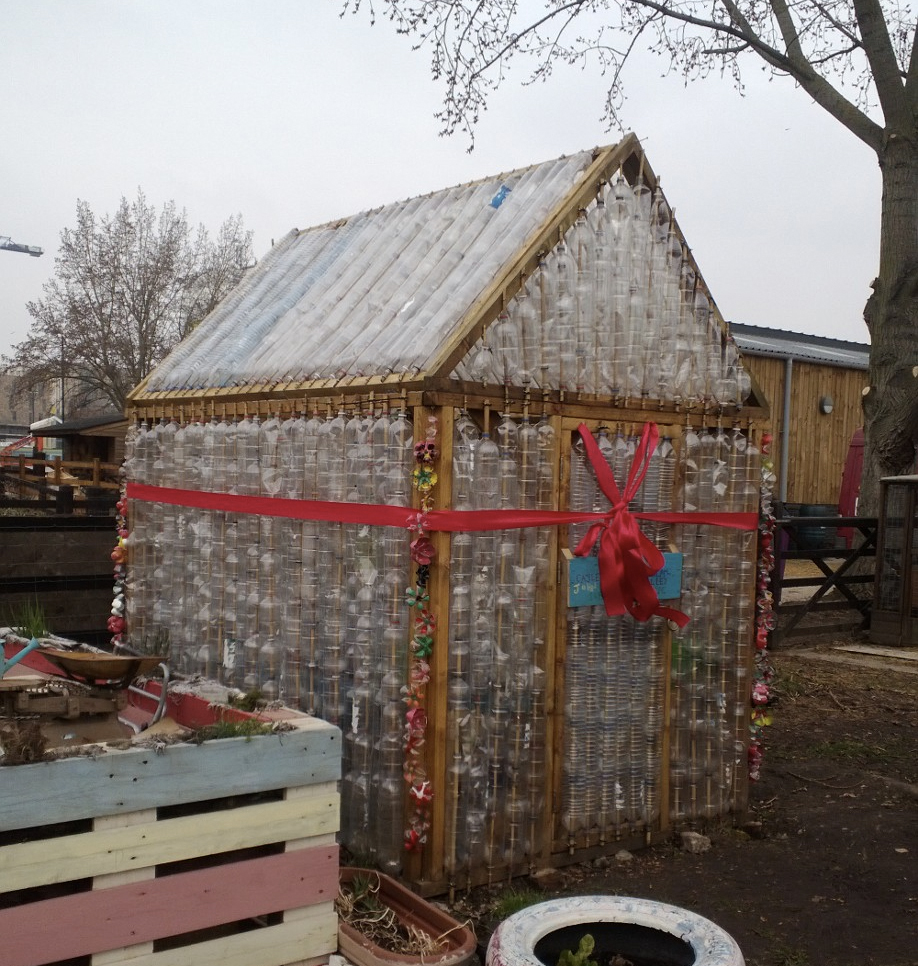 Tower Hamlets Education Department funded Stepney City Farm to build a greenhouse out of plastic bottles on the farm’s land. Stewart Headlam, John Scurr, Cayley and Halley Primary Schools all participated in the project from June 2012 to March 2013.

The project began in June 2012 with presentations in the schools about waste, reuse, landfill and the environment. The idea of building a greenhouse out of plastic bottles was introduced and they got to work drawing some creative designs for how they thought it might look.

Each School then had a target of 450 plastic bottles to collect over the summer holidays, and the farm collected even more!

During the autumn term the 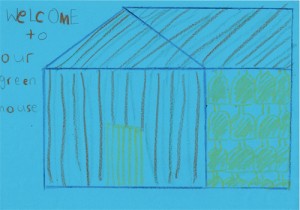 construction workshops began on the farm.

13 sessions were delivered involving tours of the farm, washing bottles, cutting bottles, stacking the bottles into tubes, measuring and sawing wood for the frames and using bamboo sticks to attach the plastic tubes to the frames. 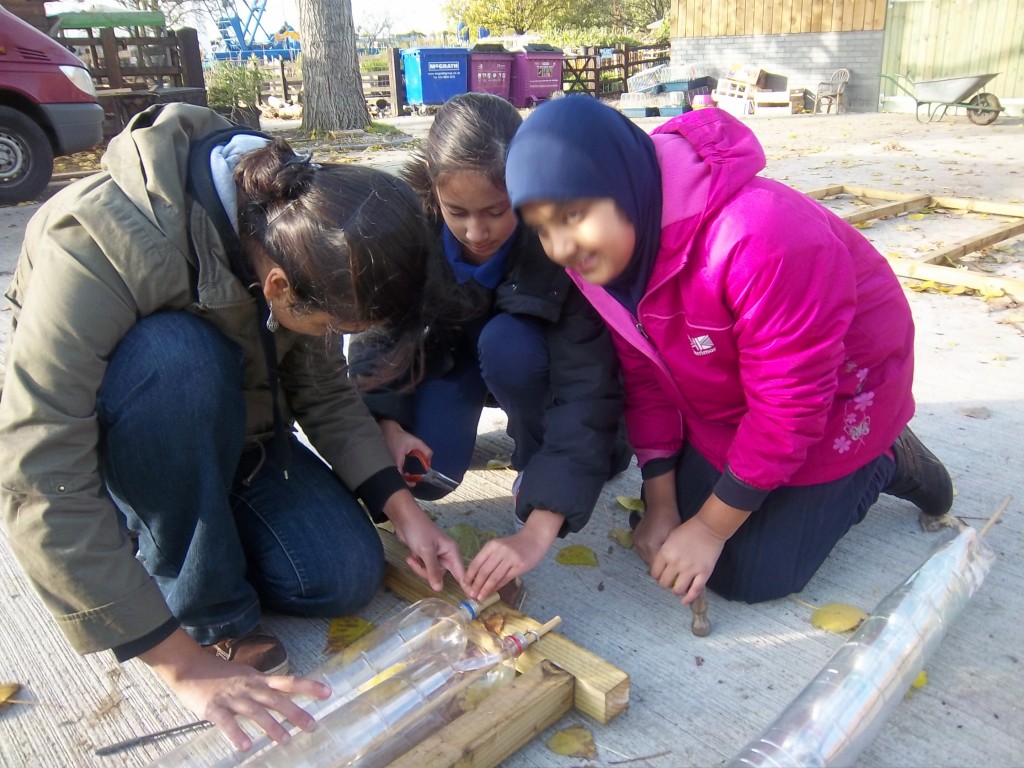 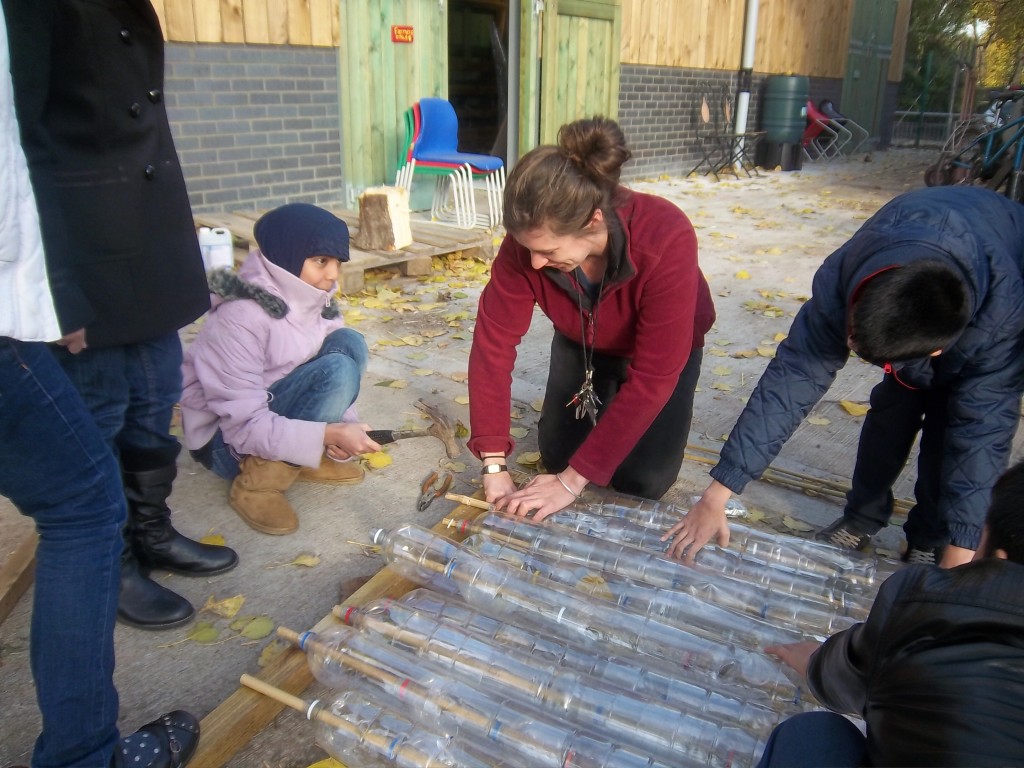 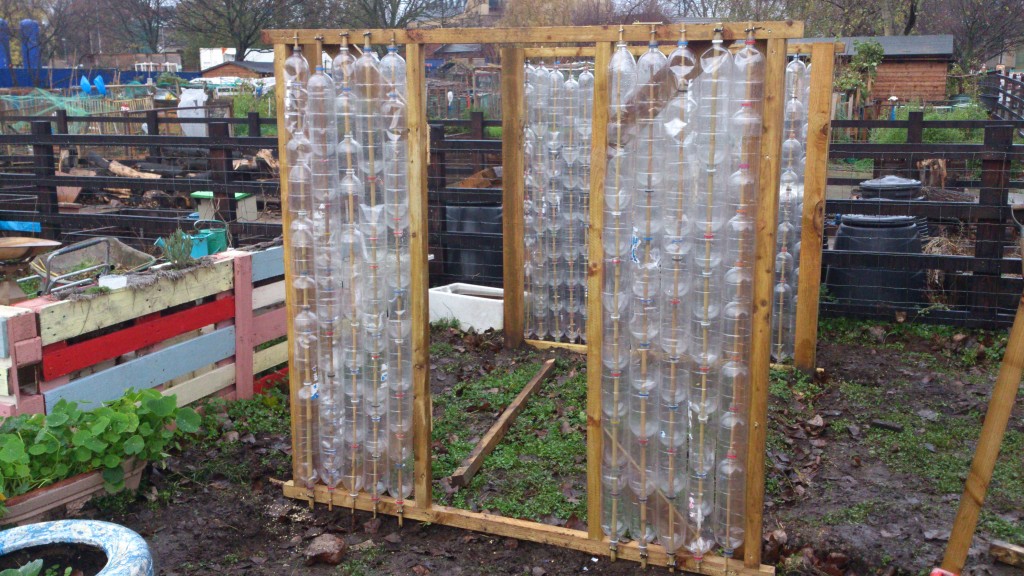 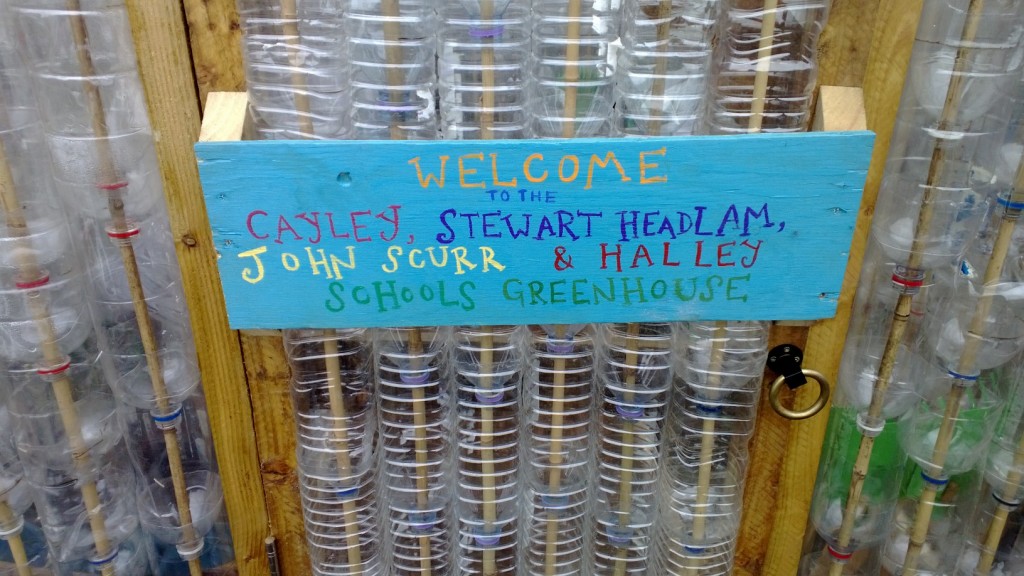 With the plastic bottle greenhouse complete, each class visited the farm for a lesson entitled “an introduction to gardening”. During this they planted tomatoes, french beans, spinach, broad beans, radishes and pumpkins. Each of the four primary schools have a raised bed inside the greenhouse for them to use. 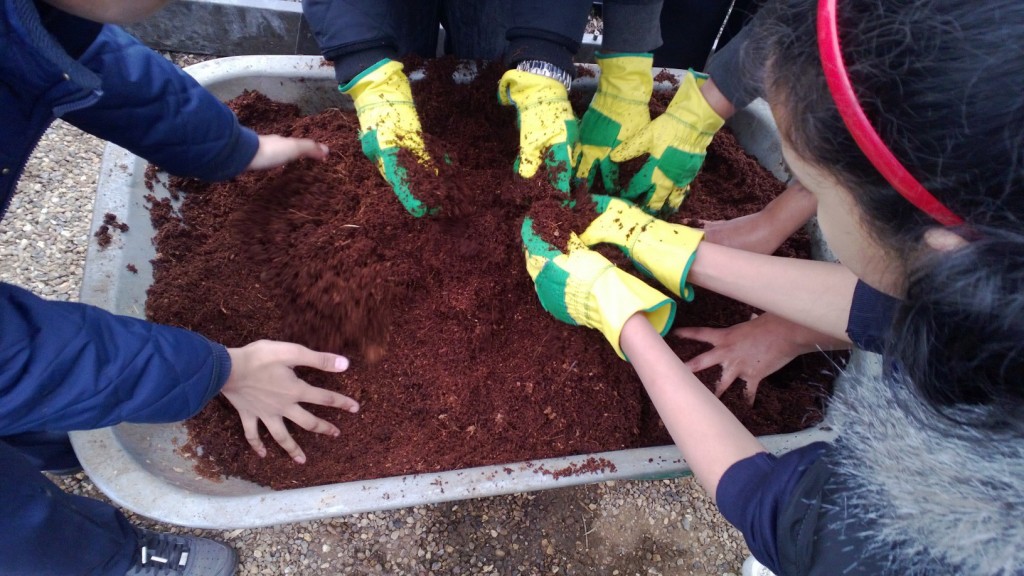 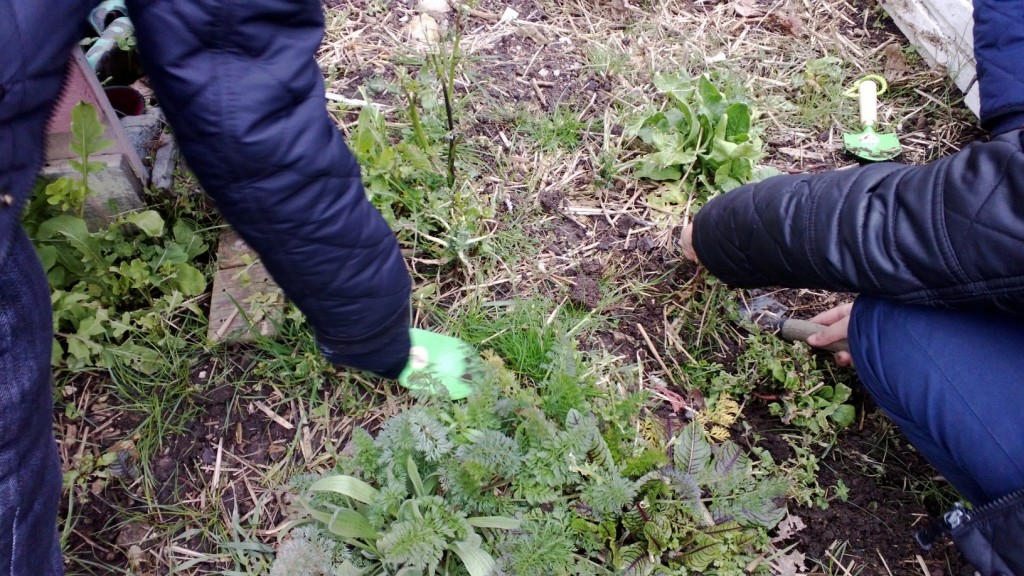 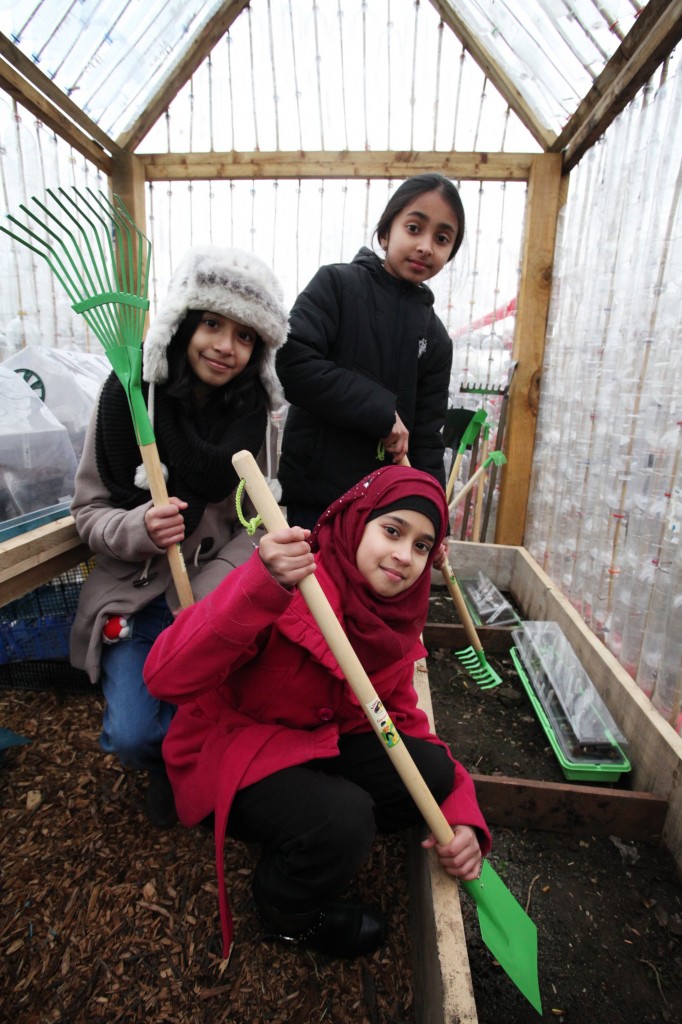 A celebration event has held on the farm on March 22nd 2013 to congratulate the children on their hard work and for parents to see what they had achieved. Local community chefs ‘Norman Loves Soup’ made a beautiful Stepney City Farm themed cake with a plastic bottle greenhouse on! 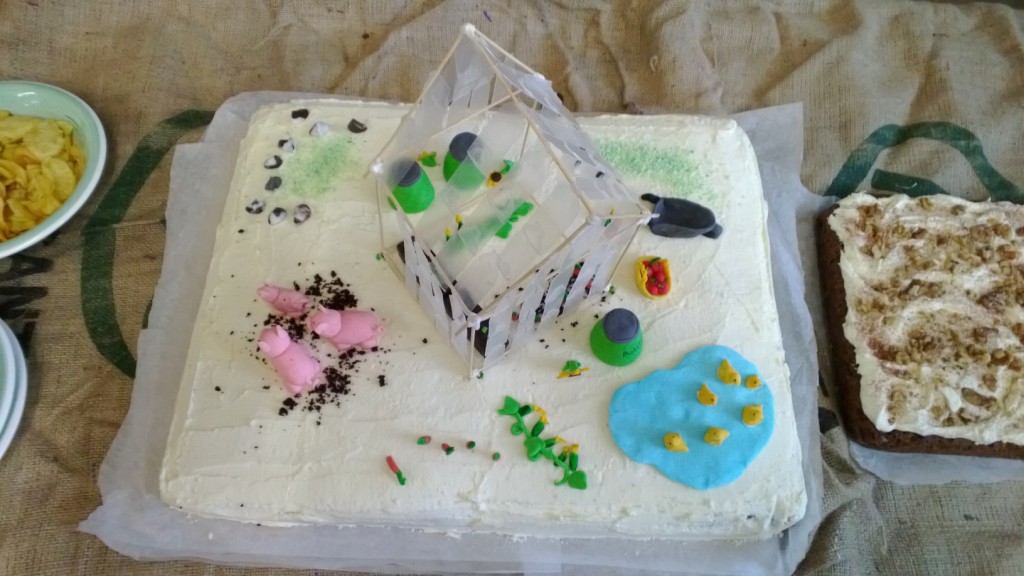 Students from all four schools involved have visited the farm to work in the plastic bottle greenhouse and the surrounding  children’s garden. Look how lush it is all looking! 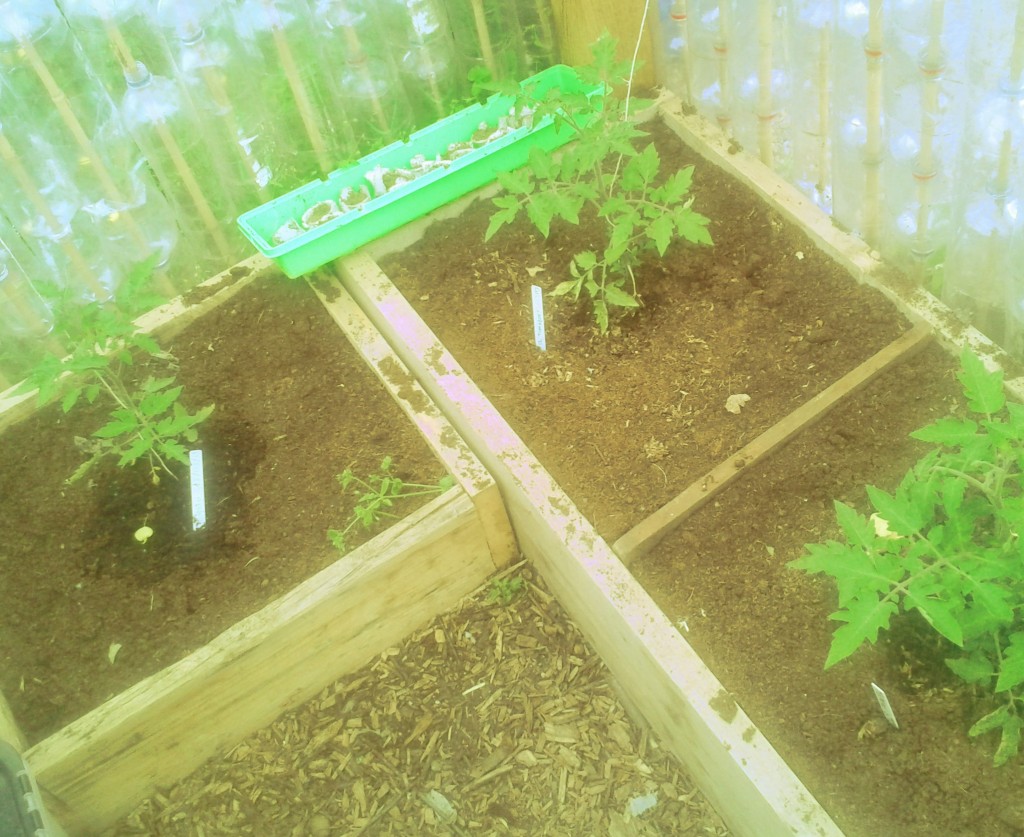 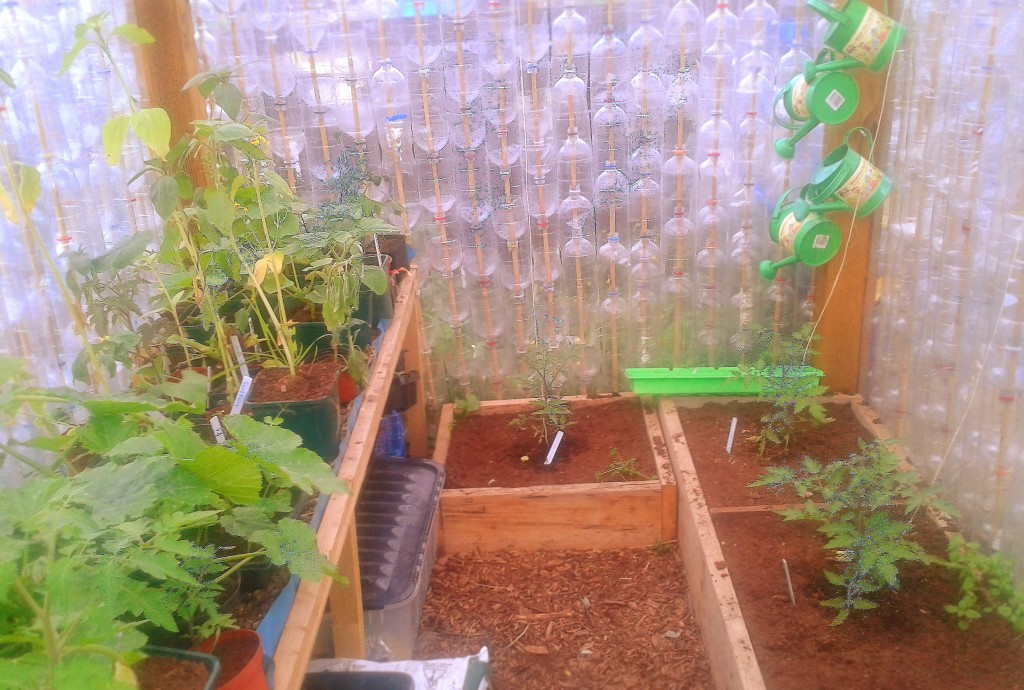 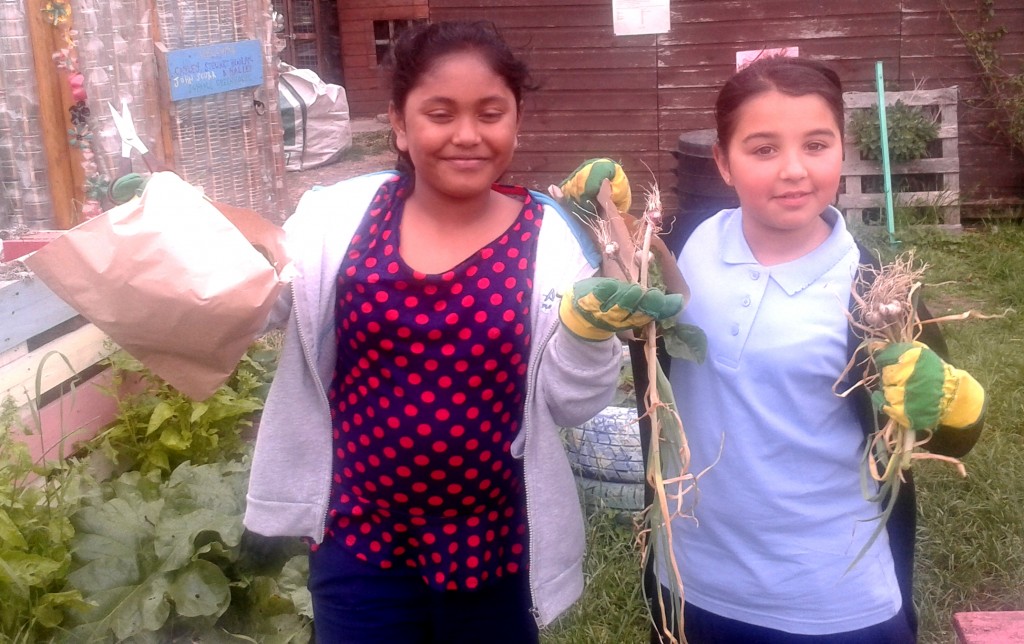